Rahul Gandhi’s speech in the AICC meet on Friday has raised the bar in political campaigns. By his allusion to concepts such as freedom and liberty, values and ideas and trusteeship and aspirations, he left his opposition between a rock and a hard place. With its high tone, Rahul’s speech cannot be condemned in the usual coarse terms used by the Opposition; else, it will show them up as small men bereft of ideas, steeped in the culture of vile abuse. We can only hope that they rise to the occasion and, finally, the political debate becomes substantive. 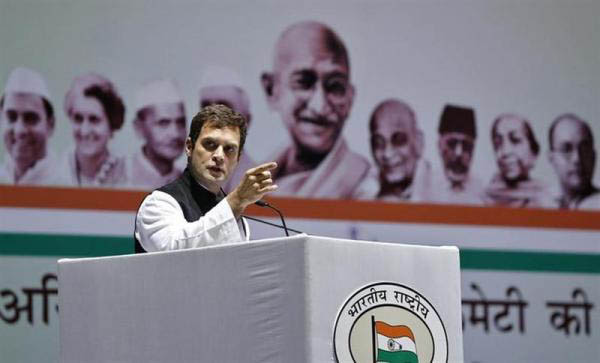 Rahul’s speech also sought to lift the spirits of the Congress leaders and workers who had gathered to hear him. He laid out the achievements of the UPA government over a decade, talking about the dent made on poverty and emphasising on the empowerment and aspirations of men and women. In particular, he spoke of the new segment that has emerged in India of a socioeconomic group that is above poverty levels but below the middle-class lines. He spoke of the need to take lawmaking away from media and courts to return the function to legislators. He asked lawmakers to join hands to help steer significant pending legislation through Parliament in its final session.

Even when combative, Rahul used humour to put down his opponents; one of them, he said, has a good marketing strategy that can sell combs to the bald; the other specialises in giving haircuts to the bald. He said the complexity and diversity of India called for accent on enhancing democratic foundations, saying that the Congress has always faced such challenges with a zeal for revolutionary reform. Playing his favourite theme, Rahul said the challenges of the 21st century are such that there is no room for “oversimplified nonsolutions” championed by “a communal party led by an individual who is known for stoking communal fires to achieve political ends”.

In the final analysis, Rahul achieved a remarkable objective: he asserted the constitutional convention of elected legislators choosing a prime minister and at the same time kept his supporters’ hopes alive by promising he will accept whatever role they want him to play after the election.

The writer is a political analyst