Nearly ten per cent of India’s budget is spent on subsidies. Public sector petroleum marketing companies subsidised diesel by about Rs 10 a litre, adding up to a shortfall of about Rs 95,000 crore.

Now the government has allowed public sector oil companies to raise diesel prices in small increments gradually (50 paise a month) until the subsidy is reduced to about Rs 5 a litre for individual consumers. The government will continue to provide a subsidy of Rs 5 a litre. But the subsidy will be eliminated for bulk consumers such as freight transporters and the Railways. 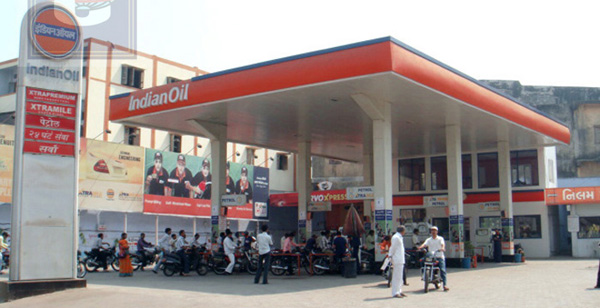 Simultaneously, the government has reduced the price of petrol by 25 paise and increased the number of subsidised gas cylinders allowed per family from six to nine a year. These moves will blunt criticism that reducing diesel subsidies is an anti-people measure. However, they will also moderate the impact of oil sector subsidy rationalisation on the fiscal deficit.

Expectedly, Opposition parties have been crying hoarse that the reduction in subsidy will cause a price increase that will be passed onto consumers through higher inflation. They seem blind to the fact that half the subsidy still remains.

Further, the railways have raised prices already (after ten years!) and may not increase them further. Price increases will inevitably occur in road transport, which carries the majority of our freight. However, the gradual increases in the price of diesel will moderate the impact.

The government’s move must be seen through multiple perspectives. First, the move has led to an increase in share prices of oil companies. To meet stringent fiscal deficit targets, the government has to disinvest a portion of its holdings in public sector companies. This move now allows the government to mop up higher revenues from selling some of its shares in oil companies, with consequent greater impact on deficit reduction.

Second, these moves are a signal to the Reserve Bank of India that the government is getting its fiscal house in order. This will put pressure on the central bank to cut interest rates. This is despite the gradual inflationary impact of subsidy reduction because the government is taking measures that the RBI has been calling for. If the RBI reduces interest rates even slightly, there will be a positive impact on economic growth through increased investment and, as importantly, through the boost to positive sentiment.

Third, India’s subsidies are not always targeted correctly. The government’s aim in subsidising diesel was to lower commodity prices so that the poor can access food and commodities at lower prices. But diesel car owners (and manufacturers) also benefit from its subsidised price. Ending diesel subsidies will enable the government to save resources that can then be redirected to the deserving poor.

Fourth, the effectiveness of reducing diesel subsidies depends on how well it is implemented. As soon as there are two prices in the market—a higher price for bulk buyers and a lower price for others, there is the potential for a black market to emerge.

Oil companies must be aggressively vigilant to prevent diversion of lower priced diesel from consumers to bulk buyers. Since the public sector (e.g., railways and public transporters) constitutes a big share of bulk buyers, the concern on this front may be alleviated somewhat.

Fifth, the step-wise increase in prices is an important policy innovation. Instead of economic actors hiking prices based on their expectation that there will be price spikes all around, this innovative move will give them enough time and space to temper their inflation expectations. Prices will rise gradually, thus sparing the economy from shocks.

Observers may wonder about the timing of the subsidy reduction given forthcoming state and parliament elections. But the gradual impact of subsidy reduction will likely ensure that voters do not experience a sharp spike in prices in a general election year.

Cutting diesel subsidies will provide resources to increase pro-poor expenditure. The move also sends signals to international and internal investors that reforms are firmly on track and India is back on the trajectory of higher, inclusive growth.

(The writer is Chairperson, Centre for Public Policy, Indian Institute of Management Bangalore and a Director, Reserve Bank of India.)