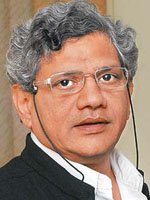 Union home minister Sushilkumar Shinde’s comments on saffron terror at the recently concluded Chintan Shivir of the Congress in Jaipur has expectedly led to an uproar from the RSS/BJP camp. What must be of concern to the country is Hindutva terror, not Hindu terror. Clearly, no religious community, as a whole, can be held responsible for the terrorist activities of individuals embracing that religion. The same yardstick, however, should apply to other religions as well. However, not, according to the RSS. 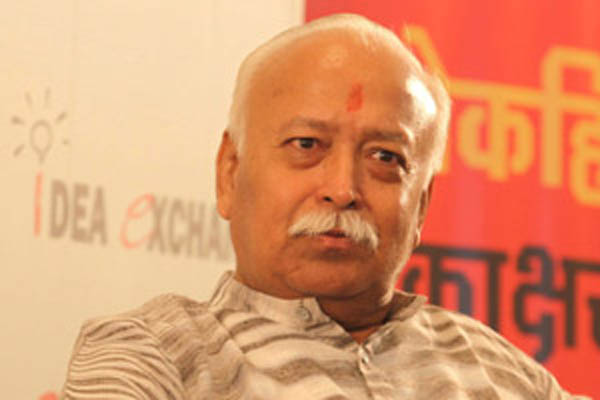 The RSS routinely adopts resolutions seeking to “curb Islamic terrorism with an iron hand”. This is not merely an expression of double standards. It reflects the ideological roots of converting the modern secular democratic republic of India into the RSS version of a ‘Hindu Rashtra’ based on rabid religious intolerance.

The home minister’s remarks appear to be based on investigations following the announcement made by the former Union home minister, in July 2010, to Parliament that the National Investigation Agency (NIA) will probe the terrorist attacks on the Samjhauta Express and examine the conspiracy behind the attack, including the links of the accused in terrorist attacks at Malegaon (September 8, 2006), Mecca Masjid in Hyderabad (May 18, 2007) and at the Ajmer dargah (October 11, 2007). Sixty-eight people were killed when bombs exploded in two coaches of the Delhi-Lahore Samjhauta Express around midnight of February 18, 2007.

Even earlier, the attention of the Centre was drawn to various reports linking some RSS affiliates with incidents of bomb blasts. At a meeting of the National Integration Council on October 13, 2008, I stated the following: “Police investigations in the past few years have noted the involvement of Bajrang Dal or other RSS organisations in various bomb blasts across the country — in 2003, in Parbani, Jalna and Jalgaon districts of Maharashtra; in 2005, in Mau district of Uttar Pradesh; in 2006, in Nanded; in January 2008, at the RSS office in Tenkasi, Tirunelveli; in August 2008, in Kanpur etc etc.”

Ignoring all this, the BJP has now demanded the sacking of the home minister. Its spokesman said: “If there were terrorists behind the bombings in Samjhauta, the government is free to take action against them. If some former swayamsevak of the Sangh parivar was involved, please act against them. But you cannot tarnish the image of a nationalist organisation.”

Thus they are once again proclaiming that such terrorist acts may be the result of actions by a few ‘deviant elements’ and insist that the organisation must not to be blamed. There is nothing original in such claims. This is precisely what was said about Nathuram Godse following the assassination of Mahatma Gandhi. Godse’s brother, however, is on record, in a media interview, to say that all brothers in the family were active members of the RSS. Announcing the ban on the RSS on February 4, 1948, former Union home minister Sardar Patel stated that “the objectionable and harmful activities of the Sangh have, however, continued unabated and the cult of violence sponsored and inspired by the activities of the Sangh has claimed many victims. The latest and the most precious to fall was Gandhiji himself”.

The history of the RSS and its methodology of functioning belies such theories of a differentiation between the ‘core’ and the ‘fringe’. The issue of imparting militant training to the Hindus and using violence as a political weapon by the RSS has a long history. It was Veer Savarkar (who advanced the two nation theory — Islamic and Hindu — full two years before MA Jinnah did) who gave the slogan “Hinduise all politics and militarise Hindudom”. Inspired by this, BS Moonje, mentor of RSS founder KB Hegdewar, travelled to Italy to meet the fascist dictator, Benito Mussolini. The meeting took place on March 19, 1931. Hegdewar’s personal diary notes of March 20 reveal his fascination and admiration of the manner in which Italian fascism was training its youth (read: storm-troopers) militarily.

After his return to India, Moonje established the Central Hindu Military Education Society at Nashik in 1935, the precursor to the Bhonsala Military School (now charged with imparting training to Hindutva terror) established in 1937. In 1939, Golwalkar took pride in Adolf Hitler’s purging of the Jews and said that it is “a good lesson for us in Hindustan to learn and profit by”. Subsequently, following the demolition of the Babri Masjid, the former Uttar Pradesh chief minister, who has recently re-joined the BJP, gloated over the fact that the karsevaks demolished in few hours while any contractor would have taken days to do.

As if to prove the point that different forms of terrorism feed and strengthen each other, the main accused in the 26/11 terrorist attacks in Mumbai, at present sheltered by Pakistan, Hafiz Saeed, has pounced on Shinde’s remarks as an endorsement of their politics of terror. Recollect, on the eve of 1999 general elections in India, the information secretary of the Lashkar-e-Taiba, when asked as to who should form the future government in India, said: “The BJP suits us. Within a year they have made us into a nuclear and missile power. Lashkar-e-Taiba is getting a good response because of the BJP’s statements. It is much better than before. We pray to God that they come to power again. Then we will emerge even stronger”. (Hindustan Times, July 19, 1999)

India must maintain that terrorism has no religion. It is simply anti-national and, hence, the country should display zero tolerance. Further, various forms of terrorism only feed and strengthen each other, seeking to destroy the very unity and integrity of our country.