Rahul Gandhi’s dramatic denunciation of the ordinance that aimed to protect convicted politicians has already shaken up the system. Criminal politicians will go to jail, lose their seats and be disqualified from contesting for a substantial period of time. India’s wheels of justice grind slowly but Lalu Prasad is only among the first to be crushed fine by a system that many mock or try to manipulate. 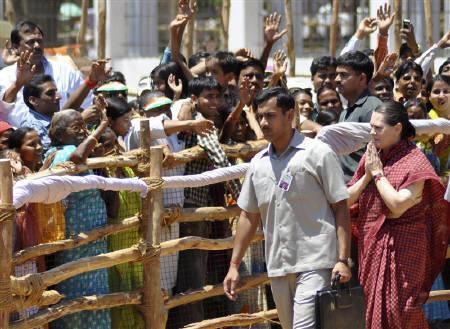 Rajeev Dhavan’s op-ed ‘Fixing a Flawed Democracy’ (October 4), lays the blame squarely on politicians and laments that ‘goondas’ are winnable candidates. But how did criminals come to dominate in the first place? Are there fundamental flaws in our political system that makes it favour the tainted over the sainted? Have civil society’s pincer movements in courts only attacked the symptoms? Can we identify and attack the root causes instead?

One fundamental flaw is our farcically low limit on election expenditure. Enacted with the good intention of making elections accessible to people of modest means, India established very low limits on how much candidates can spend on elections. The Election Commission tries hard to enforce these limits, with spectacularly counterproductive results.

Today, candidates typically start their parliamentary careers with a lie, by under-declaring how much they spent on their elections. Telling the truth would result in disqualification. Similarly, candidates who can raise white money openly cannot spend more than the Rs 40-lakh limit in parliamentary constituencies of larger states. Thereby, clean politicians are crippled by the system.

Low limits ignore the numerous legitimate expenses associated with campaigning. In the private sector, a marketing campaign aiming to reach 20 lakh people may cost at least Rs 100 per person. But to reach 20 lakh voters, politicians cannot spend more than Rs 2 per voter! Feeding volunteers and sending a postcard to each voter would exhaust that budget.

Therefore, across the board, parties have tried to cope by favouring candidates with black money and the networks and capability to expend those resources. Such candidates, whose political foundations are built on lawbreaking, typically hijack the political system for private profiteering. The rare few get caught and eventually convicted.

We need to get out our deep denial and make expenditure limits realistic (e.g. Rs 15-20 crore per Lok Sabha candidate) or get rid of them altogether. Then, as election expenditures emerge overground, cleaner candidates who can raise white resources will also be ableto compete. Unlike today when people want clean candidates but political parties shun them on the criterion of ‘winnability’.

As a country, we also need to make it possible for people to back their preferred candidates openly. This will allow the electorate to hold their candidates accountable. Contemporary political movements are already demonstrating that public-spirited Indians, including the middle class, will willingly contribute to causes instead of pontificating from armchairs.

One way to bring this about is by allowing open contributions to individual candidates. Currently, our laws allow people to contribute to parties by cheque (and get their taxable incomes reduced by that amount). Corporations too can donate up to 5% of their last three years’ profits. However, these provisions apply to contributions to political parties and not individual candidates. This only results in centralising the control of party funds and weakening the connection between citizen and candidate.

In a representative democracy, the candidate represents and is responsible to the citizen electorate. It is worth recalling that Mahatma Gandhi introduced the ‘char-anna’ membership for the Congress. Through small contributions he made the masses a stakeholder in swaraj. Similarly, we should enable individuals to contribute small sums and help free politicians from dependence on plutocrats and vested interests.

Today, parties typically resort to filling their coffers by collecting donations just below Rs 20,000. These resources could substantially be unaccountable funds, including from crooks and criminals. Earlier, names of the donors did not need to be reported. However, the Central Information Commissioner’s recent ruling that political parties fall under the purview of the Right to Information Act may force parties to show who gave whom how much.

Instead of playing cat and mouse games with political parties, India needs to wake up and smell the coffee. Free, fair and effective democracy costs money. Parties need huge resources to sustain themselves, whether in office or in the opposition.
Politics is practically a full-time job but we expect politicians to live on love and fresh air.

We must learn to contribute openly and hold our representatives accountable. We must explore different state funding formulae to encourage political participation. We must bring every aspect of the political process into the open. For sunlight is the best disinfectant.

As more sections of society actively contribute and participate, the political system will undergo a transformation. Then, the much-celebrated NOTA and ‘right to reject’ will become mere footnotes in history. We will see inclusive, empowered parties, citizen candidates and positive politics.

Parliament can still use the forthcoming winter session to reform counterproductive aspects of party financing and election expenditure laws. That will set a virtuous cycle in motion and make India truly the world’s largest democracy, instead of the world’s largest hypocrisy.

The writer is a professor, Indian Institute of Management, Bangalore, and a Congressspokesperson. Views are personal.