There are problems and challenges. But we are on course to overcome them

Democratic governments welcome criticism, because it helps to know what the people are thinking when they are not thinking well of you. Constructive criticism is particularly welcome, since it encourages the self-correction that is at the heart of all positive reform. But the recent diatribes in this space against the performance of the UPA government, particularly from two regular writers I know and respect, Pratap Bhanu Mehta (‘While we were silent’, July 11, http://bit.ly/174IPzt) and Shekhar Gupta (‘The deformists’, July 20, http://bit.ly/1aZZ9au), have not only not been constructive, they are so sweepingly denunciatory, they leave no possibility of discussion or redemption. 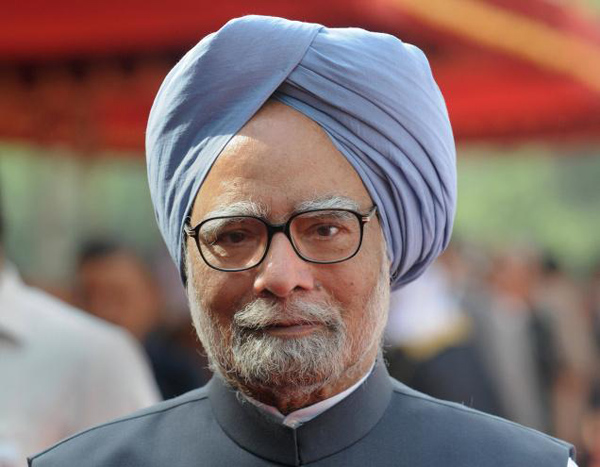 Mehta would have us believe that nine years of UPA rule have decimated the country’s roads, airlines, telecom and power sectors, undermined education and employment, destroyed agriculture and industry, wrecked institutions, ruined financial stability and spurred inflation, and burdened the country with regulation. In a spasm of extravagant phrase-making, he also sees the government as threatening virtue, freedom and the citizenry, no less. To this over-the-top indictment, Gupta adds his own: the UPA’s “welfarism” has betrayed the promise of reform and created a doctrine of “povertarianism”, which condemns Indians to perpetual poverty.

Now these are such travesties of reasoned debate that it might seem almost unnecessary to take them on — except that both Mehta and Gupta have justifiably earned, over the years, admiration for their views, and their lapsing from their usual standards should not be allowed to go unchallenged. They have apparently failed to notice that today’s India boasts a thriving, entrepreneurial and globalised economy, with a dynamic and creative business culture, engaging with the world on its own terms and pulling over 10 million people a year above the poverty line.

Even as the planet has faced an unprecedented global economic crisis and recession, India under the UPA weathered the worldwide trend and remained the secondfastest growing major economy in the world after China. Prime Minister Manmohan Singh’s stewardship has a lot to do with this. His is the voice heard with greatest respect when the G-20 gathers to discuss the world’s macro-economic situation. President Obama has mentioned him first among the top three world leaders he admires.

The Indian economy, though its growth has slowed in common with the rest of the world, grew nearly 6 per cent in 2012-13; the services sector grew at 8 per cent, and accounts for 58 per cent of India’s GDP growth — a stabilising factor, when a world in recession can’t afford to buy more manufactured goods. Our country’s 247 million households, two-thirds of them rural, have seen visible improvements in their quality of life. An impressive 70 per cent of Indians now have phones, up from just 9 per cent a decade ago; India now has nearly a billion telephone connections, and telephone density in rural areas has increased 25 times during the tenure of the UPA government.

Thanks to the ethos brought in by UPA rule, nearly 60 per cent of Indians have a bank account (indeed, more than 60 million new bank accounts have been opened in the last four years, mainly in rural India). Some 20,000 MW in additional power generation capacity was put in place last year, with 3.5 million new electricity connections in rural India; 8,000 new villages got power for the first time last year, and 93 per cent of Indians in towns and cities have at least some access to electricity.

These trends all augur well for India’s macroeconomic future. What about the UPA’s alleged “povertarianism”? Every fifth rural household in India benefits from the Mahatma Gandhi National Rural Employment Guarantee scheme, which provides employment mostly to the Scheduled Castes, Scheduled Tribes and women in villages (in my own state, Kerala, 92 per cent of the beneficiaries are women, whose lives have been transformed by their MGNREGA income). The MGNREGA has successfully raised the bargaining power of agricultural labour, resulting in higher agricultural wages, improved economic outcomes, greater purchasing power for the rural poor and reduction in distress migration. Consistent UPA investments in public health are showing better results as our country’s infant mortality rate, maternal mortality rate and life expectancy levels have improved steadily.

This is not the enshrining of poverty, as Gupta alleges; it is empowering the poor to help them break free of their poverty. When UPA policies keep India’s telecom prices among the lowest in the world, it is to ensure the poor can have access to a technology that gives them autonomy and freedom. When the UPA promotes food security, it is emboldened by its own efforts to strengthen agriculture, which have led to record production of foodgrain.

At the same time, there is no abandonment of reform. The controversial budget provisions that deterred investors are being reviewed; the decision to permit FDI in multi-brand retail and civil aviation has been pursued even at the cost of losing a recalcitrant ally; subsidies on diesel and cooking gas have been reduced in the face of vociferous opposition; insurance and pension reforms are on the anvil. The irresponsibly disruptive behaviour of the opposition has done more to foment negative perceptions about India’s performance as a nation unready for the opportunities of the 21st century than any of the government’s alleged failures.

The real picture of the UPA’s and India’s clear progress in the face of myriad challenges is far removed from the biased portrayal of a government beset by inaction and failure. Take education, the subject of my own ministry. Literacy rates have risen to 74 per cent; more than 75,000 schools were opened and nearly a million teachers appointed in just the last three years. The number of central universities increased from 17 to 44 during 2004 to 2013; nine more were added to the seven existing IITs; the number of IIMs more than doubled from six to 13; and five IISERs and two IIITs were also established by the UPA. Despite the recent Bihar tragedy, more than 10 crore school students receive nutritious, hot meals every day under the Mid-Day Meal Scheme, which has kept children in school, nourished them and reduced dropout levels.

As the prime minister himself modestly put it: “I will be the first to say we need to do better. But let no one doubt that we have achieved much.”

The UPA is not arguing that everything is perfect in India. Of course, we have problems and challenges: the point is, are we on course to overcome them? The UPA is not guilty of either complacency or inaction. It has taken the measure of India’s major problems and devised far-seeing, practical and effective remedies to overcome them. From the Right to Information Act, which has empowered the citizenry and made public officials more accountable, to the Right to Education Act, which has brought a record number of children to school and pumped resources into moribund classrooms, UPA governance has changed the face of our society. The average Indian is better off now than he or she was nine years ago. In that simple reality lies the UPA’s real vindication.

The writer is minister of state, Union Ministry of Human