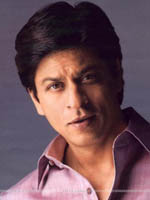 You know what I fear? That the occasions for outrage helpfully provided by this delightful country will get so repetitive, so mind-crushingly boring, that we’ll all just stop caring. In the past week alone, Ashis Nandy – who is, despite theunforgivable glibness with which he approaches the public sphere, a smart man worth listening to carefully – sat in theIndia International Centre library wondering if a team from the Rajasthan police were wandering the maze of Lutyens’ Delhi looking to arrest him. Salman Rushdie managed to skip cheerfully through various Indian cities before being stopped, presumably on orders from Writers’ Building, from entering the one that we must now call Kolkata. Justice Verma, lead author of a landmark report on women’s rights and safety, complained on television that India’s home minister didn’t seem to treat it with sufficient seriousness. A southern state stopped the release of a movie by its favourite son.

Oh, and of all things, Shah Rukh Khan, the most wishy-washy unrebellious moderate bourgeois sarkari sort of actor, the kind of man who plays characters that want to run away with their girlfriends only if their fathers agree, is attacked for “embracing victimhood” by writing a meandering, barely-edited, but quite moving piece about stereotyping and Indian identity. Ridiculous. This country specialises in taking a problem, any problem, and swiftly and efficiently elevating it to parody.

Of all these incidents, in some ways Jayalalithaa’s explanation of her government’s refusal to allow the screening of Kamal Haasan’s movieVishwaroopam is the most interesting. Jayalalithaa is one of the most plain-speaking of our politicians, and she laid out with considerable clarity the point that many of those in power would want to make, if they had ever considered such issues worth the time and trouble of addressing. The Tamil Nadu chief minister said the state has to balance law and order and artistic freedom; and given how limited is state power – they couldn’t guarantee the security of 500-plus screens, she claimed – the best option on the table was to ensure the movie didn’t get released. Haasan should have just sat down with “Muslim leaders” and discussed it, instead of going to the courts to guarantee his freedom of expression. This is, indeed, the vision of the Indian state that many people have: the facilitator of inter-“community” “dialogue” to ensure security, so there’s a certain amount of freedom, but not too much.

That is not the sort of country many of us are happy to live in. But we never gave another sort of country a chance. From the moment of Independence, we privileged the state-as-facilitator idea, so that the state-as-enforcer can instead be deployed to protect other interests — property, for example, or to tackle separatists and insurgents on India’s margins. The first Lok Sabha modifiedArticle 19 of the Constitution, the clause supposed to set us free, to introduce Article 19(2), which allows “reasonable restrictions” on freedom of expression for an unreasonably long list of reasons: “the sovereignty and integrity of India, the security of the state, friendly relations with foreign states, public order, decency or morality”. The state, our founding generation, thought, was too weak to allow freedom to its people.

But, as our first home minister, the over-venerated Sardar Patel showed, it was more than strong enough to be muscular when it came to challenges to its authority from the margins. To be oppressive at the edges, it had to give up being supportive at its heart. This diabolical bargain by our founders lies at the heart of the troubles we now face. Every single home minister since Patel has been a disaster because they have hewn to the foolish and immoral template that he set: struggling appear an iron man while concealing the weakness inside.

Just look at the last few men who’ve held the ministry. (Women cannot become home minister, apparently.) Sushil Kumar Shinde spent the week talking of Hindutva terrorism and extradition treaties with Bangladesh. Not so overwhelming that he should need continuous prodding by the prime minister and his deputy, R P N Singh, to act on women’s safety or that of film-makers, writers, and academics. Before him, P Chidambaram, through the skillful deployment of well-trained battalions of words, convinced almost everybody in Central Delhi that he was “tackling” Naxalites and terrorists, while using the ministry to go after the real troublemakers, like dissenting NGOs. Meanwhile, the files for police reform gathered dust, till Shinde reportedly asked for them in his first week in the job. Let us skip with a shudder over Shivraj Patil’s tenure, and look at the archetypal modern HM, L K Advani, who spent so long playing Iron Man Patel to Vajpayee’s Poet Visionary Nehru that he seemed to forget Patel never became prime minister.

These men are alternately ambitious, seeing the country’s second-most powerful job as a step to the most powerful; or place-holders, with minimal vision, following the route set for them by precedent, habit, and bureaucracy.

We need a new sort of home minister, somebody who truly understands the purpose of internal security: to provide freedom from intimidation, by others or by the state. We need the sort of person who, perhaps, struggles with overlapping identities and worries about the country his or her kids will live in. We need someone muddled enough inside to understand that India is muddled, too, and the state needs to support and not attack that. We need someone so secure in his career and himself, that he isn’t using the job as a prop, but still has the confidence to make something new of it. You know, I read an essay by a man like that this week. But, somehow, I don’t think Shah Rukh Khan will take the job.