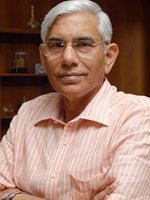 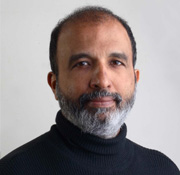 The absence of sufficient financial literacy can cost you some serious cumulative grade points in a business school. Or stock market losses. But when India’s leading government auditor reveals egregious ineptitude by coming up with multiple variations in valuing its precious resources, we are headed for a seismic natural disaster. The much ballyhooed 2 G spectrum case that has after several  serpentine twists assumed a ludicrous contour, is indeed now a theatre of the absurd, a rib-tickling farce that both West End and Broadway will fall woefully short to emulate.  RP Singh, the erstwhile Director of Audit of telecom sector who signed off on the CAG report , and has become a sort-of-whistleblower tells us that he never agreed with the Rs 1.76L crore presumptive loss figure, and was made to authorize report under written instructions. That sounds like a Gestapo environment to me; heavy-duty duress to a senior bureaucrat. He also insinuated that BJP’s Murli Manohar Joshi ( PAC chief) took painstaking interest in the final figure’s ballooning zeroes. Clearly, both CAG head Vinod Rai and Joshi are ardent fans of Aryabhatta, thus the endless zeroes. But Singh has overnight transformed into CAG’s nemesis and faces intense public scrutiny. His own figure of foregone revenue was Rs 2645 cr ( indexation for inflation ). For starters, an embarrassed BJP has a lengthy explanation to give, its schadenfreude fully sun-bathed. Expect Singh to go through a rigorous examination and further confusion, but the real story remains untouched, germane; is there a revenue loss at all?? 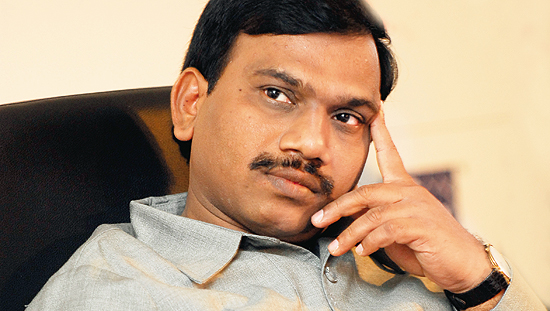 CAG obviously did not comprehend that the famed efficient  market hypothesis ( where price determination  is a function of rational demand and supply conditions) cannot apply to spectrum, given the radically shifting topography of the telecom sector in a developing economy used to 10 year waiting lists for a landline connection. In Y 2000 we had 28 million mobile subscribers; in less than  8 years by 2008 that number had increased 10 times to a staggering 280 million. Right now we are nearing  950 million ( with a teledensity of over 80% in the world’s second most populous nation of 1.2 billion) . Seriously, that is no mean achievement, in fact, it is a muscular one.  How can you blame government policy, albeit there may be a case for raising monies to reduce fiscal deficit co-existing alongside subsidized distribution of natural resources. . It is a tough balancing act given market dynamics and uncertain economic environment though.

According to most research reports the telecom sector grew because of  ultra-low cost of handsets and low tariffs. Today thanks to telecom policy, India has the second largest number of telephone subscribers in the world (among 222 countries), accounting for 15 per cent of the world’s total telephone subscribers. It is also one of the fastest growing in terms of telecom subscribers. Mobile tariffs in India are the second lowest in the world after Bangladesh.
Around 475 million wireless subscribers in India subscribe to data services. This implies that 50 per cent of total wireless subscribers are capable of accessing data services/Internet on their mobile phones. The share of telecom services (excluding postal and miscellaneous services), as a percentage of the total GDP of the country, has increased from 0.96 in 2000–01 to over 4%.

CAG was obviously looking at a Black Swan effect—a tectonic, earth-shattering revelation of presumptive loss that would leave us all mouth-wide open stunned into stupor. Personal triumphalism  overtook elementary business sense; I read flattering pieces in respected global issues about a silver-haired man. .  The figure of Rs 176,000 crore was sold with ingenious precision; a documentary leak to the media. Naturally, a thrilled media picked up the juicy story of “ spectacular corruption” and gave it the banner headlines.  The rest is history. A democratically elected government of the world’s largest democracy was being systematically destroyed by a leaked report by a constitutional authority no less , its reputation reduced to tatters. If it wasn’t for that mind-numbing 1.76L cr number it would have been dismissed like used diapers, please note!

Technically,  regulatory arbitrage done by corporate firms is not a business crime; it just means governments need to spruce up their governance standards and patch-up holes that smart Alecks will otherwise exploit. The cancellation of 2 G licenses by SC was on account of prima facie contravention of spectrum dole-outs, procedural violations of FCFS ; it had less if nothing to do with financial objectives of 2G spectrum sale . It was with fresh issue of capital not a promoter windfall that overseas investors forged business alliances. It might have given the concerned telecom firms ( Unitech, Swan) a competitive advantage ( substantial , cheaper cost of capital on account of high premium on equity ). That said, there is already a criminal trial underway. A Raja, former Telecom Minister spent a not so inconsiderable period in jail. So did white-collar head honchos who seemingly circumvented processes. Crafty capitalists do exploit vulnerable systemic weaknesses. It is indeed a challenge.

The key issue though is that the perception of a few private players doing a corporate transaction cannot determine overall spectrum valuation;  perhaps the buyers ( Telenor, Etisalat DB, S Tel  ) were cash surplus, looking for long- term bets and wanted  a big play in the telecom sector in India and were willing to pay humongous premium for a speedy entry and a domestic partner. Just because someone pays a huge premium to buy a sea-facing property in Malabar Hill it cannot make that the benchmark of real estate property rates in Mumbai. If you choose to buy a movie ticket in black on first day first show it does not necessarily mean that the original ticket is underpriced or the movie a destined hit. Valuations are a function of perceptions; in CAG’s flawed report there is charitable over-reliance on corporate finance professionals of some private firms. Incidentally, even the TRAI’s take was that the government’s main aim should not be revenue maximization ; that is the principal issue, the rest is frankly peripheral. Eventually, even the SC agreed that the pricing of natural resources is a government prerogative given the social good, and the interest of the common man whom the government needs to consider while preparing fiscal plans. The recent flop show of 2G spectrum auction is more realistic ; firstly it is not a one-off transaction , and secondly, it is a collective industry response. The pricing of spectrum will find its stability ( it is an input cost) entirely based on corporate profitability, customer usage, new patterns of mobile consumption ( m-commerce ) , rural tele-density and economies of scale in the future. It is a process.

3G technology valuations being applied on 2 G was bizarre; whosoever recommended it. Let me give you a simple example; can you compare a single-screen theatre ticket price with that of a sleek multiplex???  The entire experience, cushioned comfort, digital sound, crunchy popcorns,  and parking facilities makes for a different offering.  Telecom firms paid a whopping sum for 3G ( approx Rs 67719 cr) expecting a shift in urban young You Tube generation paying higher tariff for music downloads, movie streaming and live TV etc. 3G was targeted at urban consumers where the tele-density is already 4.4 times higher than rural India. The digital divide is a reality. Yet, 3G has so far been a dismal flop, with fewer than 25 million subscribers, and telecom firms are saddled with huge debts exacerbated by the fact that they are denominated in foreign currency.

RP Singh seems correct when he states that the valuation methodologies seemed inconsistent with established standards ; they looked cursorily done, using facile benchmarks. Thus, the presumptive loss hypothesis itself has grave chinks. Hence, the crucial questions; who leaked the CAG report? Why? Who benefited? Who lost? Why was there such a frenetic pace to unleash a mathematical farce on a nation?

Mr Rai should have known better. In Y 2000, the global dot com meltdown happened on account of hyped over-valuations by greedy VC’s , despite the savviest crystal-ball gazers and merchant bankers .Even as late as May 2012, social media hotshot brand Facebook faced massive shareholder ire over its share price depreciation post a massive PR driven IPO. From a $104 bln valuation it has fallen to $ 50 billion in six months ( in Rs 250, 000 crores) . As a new technology and emerging media , even today Web 2.0 is still finding its feet. Fast-changing technologies, globalization  and also a sudden demand for natural goods , particularly in emerging market economies, can sometimes be a long-drawn out process before  price stability emerges following a protracted period of experimentation. There is no magic panacea. It is an evolutionary process.

The author is Co-Founder, www.HamaraCongress.com , and can be reached at Twitter@JhaSanjay