India’s celebrated Bollywood diva Priyanka Chopra  after a brief hiatus returned to Twitter, suitably downbeat after what must have been an overpowering, overwhelming assault on Twitter. Chopra is not just a beautiful woman, a brilliant actress or a brand’s delight, she is a thoroughly entertaining read, interspersed with intermittent outbursts of charming wit amidst the predictable routine of film promotion.  So why was Chopra so brutally targeted on the same Twitter where her followers number a staggering 2 million plus? A few days ago, well-known TV anchor from Network 18 Sagarika Ghose had an abominable character uttering the foulest,  repugnant words; Ghose RT (retweeted ) that piece of garbage dump just to let her followers know the stench, squalor and shit that accompanies “ interaction”. Barkha Dutt of NDTV has been subjected to equally harsh treatment; the list is actually getting interminable. Shah Rukh Khan and Karan Johar have also been high-profile casualties. The trend of Twitter-quitters is world-wide.

So what makes the Twitter universe assume such diabolical proportions, disregarding essential civility to express displeasure. Why the vile abuse , the nasty character assassination? There are convenient explanations; access to otherwise elusive celebrities,  deliberate provocation to attract attention , pent-up anger on matters of religion, ideology and faith, or maybe just a different take. Twitter anger is also caused by an incessant desire  to be connected and the need to be heard ; it is like an obsessive compulsive disorder. If not careful, it takes both the Followed and the Follower down the ugly black hole.

I personally rarely block abusers, barring odd instances when someone crosses the sacrosanct family line and insinuates against my long-deceased ancestors; that infuriates.

What Twitter is tragically  missing is a cheeky, wacky, delectable sense of humor, that cutting acidic observation that slices you into delicious bits but still leaves a lingering smile. Instead what you see is vehemence, virulence and vituperative attacks; it jars normal human sensibilities. Dialogue loses to diatribe, and conversations turn cantankerous. The social media becomes anti-social. At least in India, we need to stop letting Twitter-quitters happen. Possible ?

To a great extent , the answer lies in our demographic social media profile; young, educated, restless, upper middle-class, tech-savvy , anti-establishment attitude, non-conformist, love for the uber cool. Political parties know the segments that are susceptible to extreme propaganda, where anger can be skillfully manufactured . Even in the late 1980s, supporting right-wing patriotic jazz of the saffron kind was considered cool. The hate brigade is strident, intolerant, and prides in circulating unalloyed religious connotations in its talks. There is no existential crisis here; even if the monsoon is lousy, pleased to blame Sonia Gandhi. If there is a LIBORgate scandal in western banks forcing accentuating the Euro financial crisis, accuse the Prime Minister . Assam has issues, but we sadistically insinuate Congress minority appeasement, even before facts are gathered. There is a perverse pleasure, bordering on salient sadism that is disconcerting. There is black and white, no 50 shades of gray here. 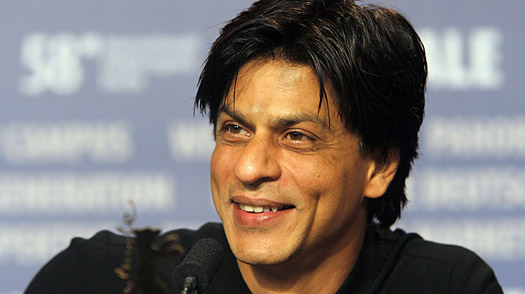 But if Twitter loses that fine sense of conversational chit-chat, it will plateau before an unavoidable fall, as embitterment and ennui will combine to deliver that coup de grace lethal punch. No social media is an endless phenomenon, it needs nursing. Facebook has survived because it got personal, Twitter is in a no-man’s land dilemma , and can leave you cold. The carpet bombing from angry birds can be petty;  skittish followers can harangue targeted users. But freedom of expression must find its own self-regulator.

Once the celebrity created a Twitter account to feel like the alpha-person  who wants to give their innumerable voyeuristic fans a sneak peek into their consecrated life; but fan-following can be a treacherous invasion; unrestricted acquaintance can have endless disclosures. On Twitter, nobody likes being denied unfortunately. Celebrities too need to stop gloating in self-gratification looking at their followers list; in a sense they inadvertently or sometimes furtively court the trouble-makers.

So will the Twitter-anger ever dissipate , or will it only get further aggravated?  I personally feel that those who abuse on Twitter are either fanatical die-hards or those who have not yet experienced pain. I can’t comment on the former as it is about one’s individual faith and value system. Let me explain the latter though. Perhaps the young brigade on Twitter that abuses bitterly, has not yet experienced that pain of separation or loss ever. It happens to all of us, the loss of a loved one, our parents, and those we care for. It cannot be escaped, it is the cycle of life . Loss teaches you empathy. You feel the pain of others. Even on an impersonal platform like Twitter, you realize the futility of humiliating and hurting anyone.

The pain of loss is a life-changing moment; it alters you permanently, in a way exposing you to the vagaries of an unpredictable life. At that moment, you stand isolated and alone as the world whizzes past you essentially disinterested in your excruciating emotional moments following its own rhythmic deliriousness, indifferent to your anguish. It is like the cycle of life. And then at that moment, all that terrible hate, mindless abuse, ill-tempered talk and  hate campaigns become so irrelevant. Nothing binds us more to our fellow-beings than the transitory nature of human existence. Our fragility, our vulnerability is our common bond. No matter how different our thoughts, don’t we all need to somewhere fight a troubled conscience? Finally aren’t we all bound by our mortality? Does that hate really get us anywhere?

A quiet moment of introspection or a little consideration may help. The realization when you abuse that Priyanka Chopra’s father is fighting a terminal illness or that Sagarika Ghose is a mother of two children.